Terranova Productions and Ards and North Down Council in conjunction with Peace Northern Ireland are pleased to announce a special production of Shakespeare’s A Midsummer Night’s Dream. The project aims to bring a wide range of the borough’s diverse communities together to perform in Newtownards Queen’s Hall from May 2nd to and including May 5th. Tickets are free, for details contact: http://www.rachael@harriotcommunications.com or http://www.peaceiv@ardsandnorthdown.gov.co.uk 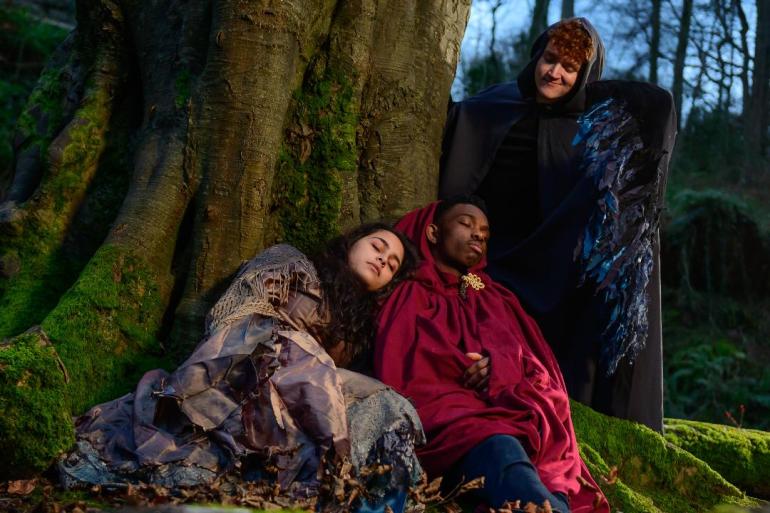 But fear not if those dates or the venue doesn’t suits. There are to be pop-up performances throughout the borough and further a field this month. For information on the pop-ups please visit http://www.facebook.com/terranovaproductions.

The production will bring amateur and professionals together on the same stage. Many of the novices, though maybe geographically close but due to our recent past andcultural differences may not or were afraid to work together.

Supported by the European Union’s PEACE Programme, The Dream Project has held nearly 100 workshops in Ards and North Down and beyond. Terranova Productions is Northern Ireland’s intercultural theatre company. Its mission is to ‘Create theatre where different cultures meet, people explore and the world is changed’. Founded by Delhi-born Canadian writer, Andrea Montgomery, Terranova has worked in Hong Kong, Macau, Iran, Paris Greenland, Lebanon, Egypt and many more.

Amy Montgomery said: “We Are committed to making outstanding intercultural work in Northern Ireland and the Dream Project is a testament to that. The play uses the outrageous power of love to challenge the old rules, and that is very exciting. I would encourage anyone with any levels of interest in the arts and who would like to participate please make contact. There are plenty of ways to get in touch.”

In a statement, Montgomery, Terranova’s Creative director ‘plans to make bold choices in staging this far from the traditional production of A Midsummer Night’s Dream . She has flipped the gender of various roles and reached out to friend and colleagues across the UK arts scene to cast outstanding black actors alongside existing local talent. Montgomery added: “I hope I have cracked the play open’ ie made it more accessible.” Expect improvised dance ‘rumbles’ between magical gangs, South American salsa crops up at the play’s Royal Wedding and a newly created court masque features some of the best text from across Shakespeare’s entire canon. Bottom and the clodhopping mechanicals have been transferred into Bottom and a hilarious Women’s Institute, played by women from across Ards and the North Down borough’.

Big dreams and a ton of laughs seem likely, to say the least.

Congratulating the DREAM Project, chair of the Ards and North Down Borough Council PEACE IV Partnership, Eddie Thompson said: The PEACE IV Partnership are delighted by the success of The DREAM Project to date and I an pleased to see so many people taking part in the workshops across the borough. The Project’s themes of diversity and inclusivity have positive peace and reconciliation which are at the heart of PEACE IV. I look forward to the much anticipated DREAM performances in May 2019.” 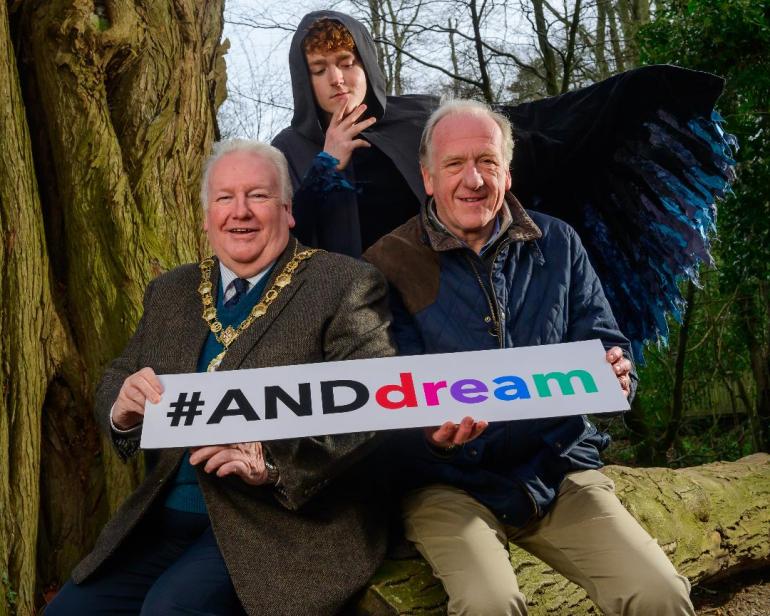 As mentioned above there are still opportunities to get involved. Contact Terranova’s Facebook page for further information.

You never know, you could be rubbing shoulder with the great and good of UK theatre, and by putting yourself forward could not only meet others of different cultures but maybe spark an interest in the arts that’s been lying dormant.

A worthwhile, innovative and community binding project with plenty to gain and little to lose.