Pintsized Theatre Company’s latest production Private Peaceful when first advertised left me bewildered. Why as every other company is releasing Christmas mirth and pantos, is Pntsized running a play about a young soldier’s final hours?

Then November 11th, 11.am came about. Armistice Day.

Two minutes silence. So easy to forget how many – and it must be added, in our divided country, those of both faiths – laid down their lives, choked on gas, heard the beat of the drum, pretended they were old enough, trench foot, rats abound, shellshock, majors ordering children through no man’s land to capture a yard of foreign soil. 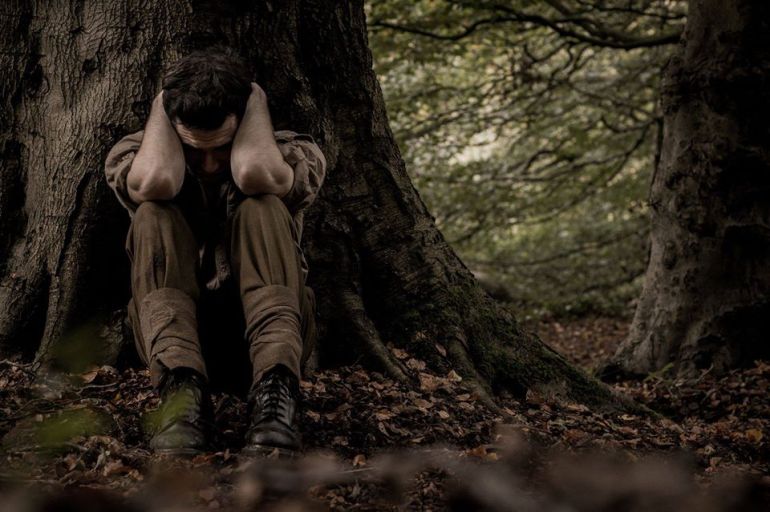 Accidental Theatre sits at the centre of the Golden Mile of Belfast’s city centre. The tiny place only holds 90 seated. Tonight, at a push it was two thirds full. A box of a stage, maybe 20 feet by 10 across, the backdrop as black as a collier’s fingers. Outside, before, during, the hustle and bustle of a Belfast Friday night can be heard during the quieter moments of the 80 minute performance. Actor Odhran McNulty paces, stomps, sleeps, screams, remembers, loves, hates and tries to forget parts and pieces of his short life.

Pintsized Production director, Nuala Donnelly again refuses to back away from dark and serious subject matter. Based on the book by Michael Porpurgo and adapted for the stage by Simon Reade, Private Peaceful, while not a belly of laughs, the tale is not all doom and gloom, though we never forget the omnipresent fate of our protagonist.

Tommo’s memories of his childhood in Devon are detailed and treasured, something both he, and within 10 minutes of curtain up, we are all moved by. Molly his first and only love. His family, father a forester for the colonel and lord of their village.

Brothers Charlie and Joe, the heat of the fire in winter, skinny dipping in the deep willow pool; poaching for rabbits, trout and salmon; his first proper fight against bully; his first day of work; a shotgun wedding, all these memories make Tommo a real human.

These memories while at times romanticised in Tommo’s mind are far from idyllic. Guilt is formed early; a guilt as questionable as the one that secures his fate. McNulty is dripping in sweat and he’s only be on the stage 20 minutes. There are no fancy scene changes, just changes in voice – he acts over 20 characters – sound is key to changes in tone. From song to sound effects we’re brought on a story of scowling school masters, recruitment officers, toothless old ladies, drill sergeants, a merciful hun. But all the while the clock ticks down. Yet Tommo refuses to remove himself from being willing to ‘Take the King’s shilling.’ 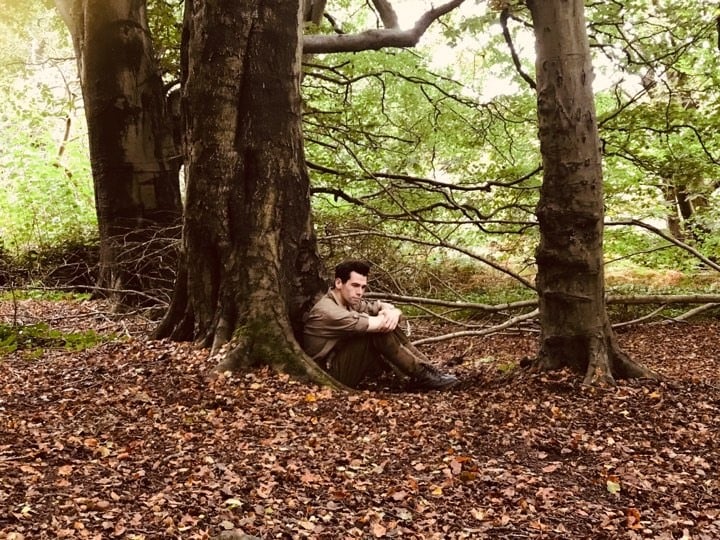 This play may not be for everyone, but if you do dare to see it, you’ll be thankful you did. McNulty’s passion is easy to empathise with. The fact we know the end before we even take our seats does not diminish the journey. If anything, it arguably gives it more potency.