Let’s face it, you could put May McFettridge in a half-full room with the Yellow Pages (or ‘Yella’ in her Belfast tongue) as a script and she’d bring the house down.

But the Grand Opera House has bigger ideas. Well, it’s worked for the last 29 years so why change it? This year McFettridge is Mrs Potty, housekeeper of BallyFettridge Castle and employed by Prince Sebastian (Ben Richards – of  Holly Oaks, Footballers’ Wives and Holby City fame ). The Prince isn’t the most charitable 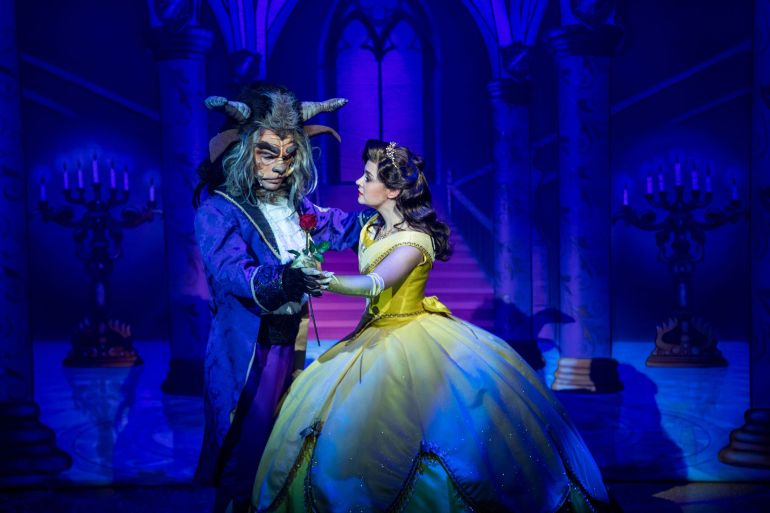 and early on he’s turned into The Beast. Yes, of course, no flies on you: the title of this year’s GOH panto is Beauty And The Beast.

‘Well-worn lino’ you may be thinking, but in the hands of director Andrew Ryan, a talented cast and creative team, plus a myriad of pyrotechnics and other special effects, the end result is close to two hours of hilarity. 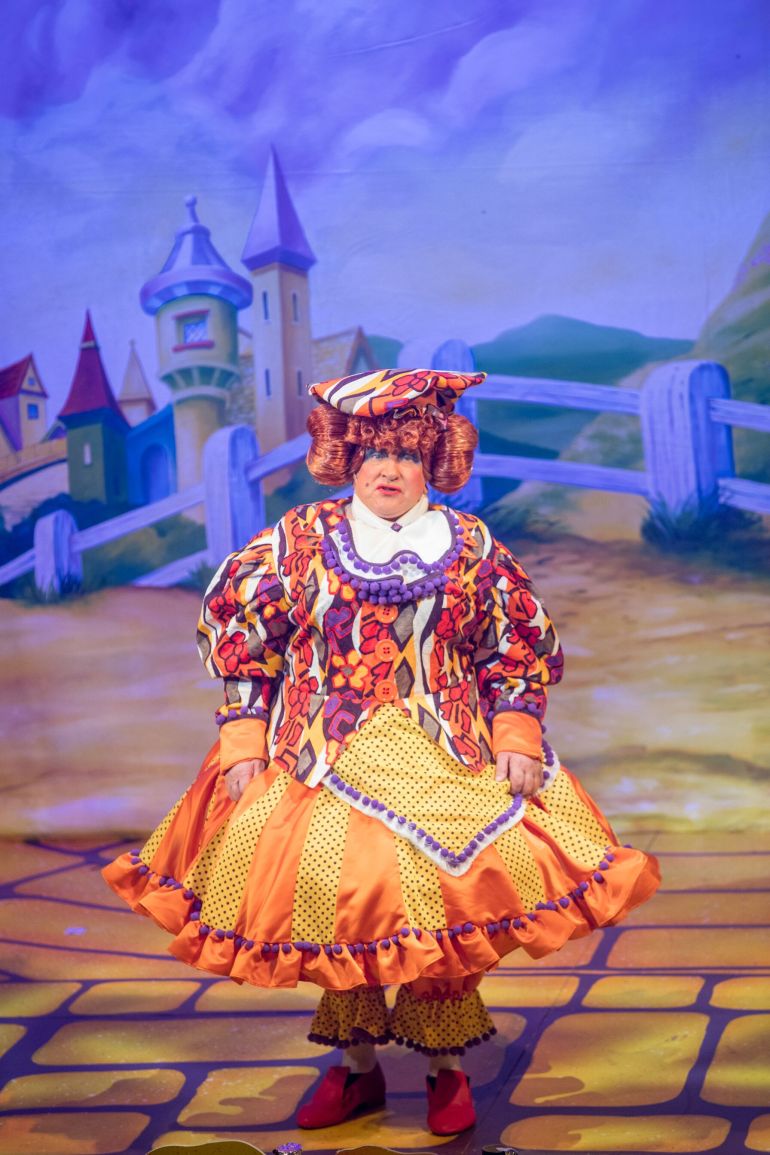 Well-chosen and – with the exception of McFettridge – sung tunes, a heavy-handed dose of slapstick and a love for ripping the audience to pieces is the currency of the evening. Not even five minutes in and the front rows are being torn to shreds. Wherever you’re from, Be it Lisburn – ‘Twinbrook, then!’ – Shankill, Moira, Donaghadee or any other bump on the road in Northern Ireland and the victim and the town will be tarred and feathered. 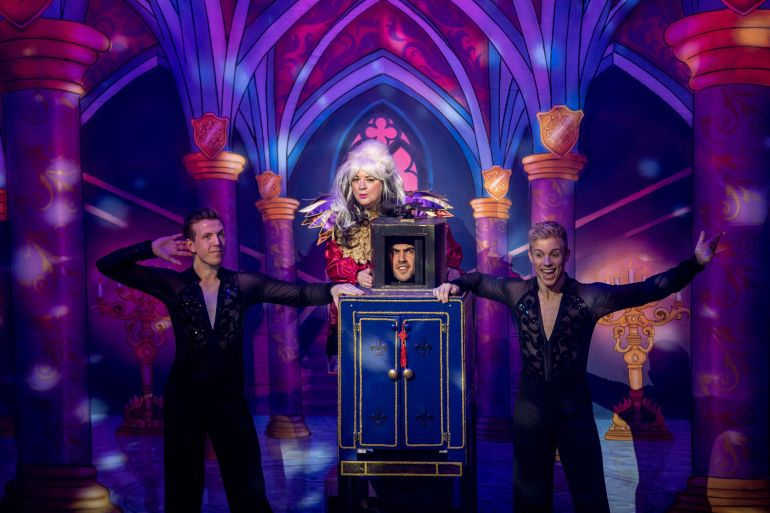 Of course, most of these gags go over the heads of the little ones, of which there are many, but the physicality, wild costumes and easily recognisable characters make the panto’s plot easy-to-follow and fun for the kids.

Brief synopsis is this: it’s Belle’s (Georgia Lennon) birthday and her dad Paddy (Paddy Jenkins) wants nothing more for his daughter’s 21st prezzie than a single, beautiful red rose. Mrs Polly knows just where to find one: the Prince/Beast’s gardens in the Castle BallyFettridge.

Not all goes to plan. Need someone to ‘Boo!’ at, enter muscle bound and as arrogant and ignorant as a Trump Tweet, Flash Harry (Danny Bayne), who boasts, ‘I’m Flash, Flash, Flash Harry, the one all the girls want to marry.’ Not Belle, of course, she’s well out of his league. 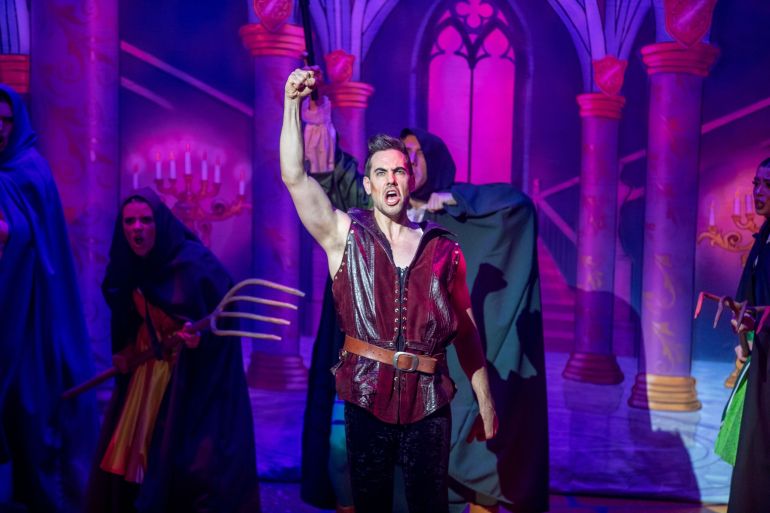 Britain’s Got Talent’s Mandy Muden – aka – Magic Mandy is the only other employee at the castle, but her powers have waned since Prince Sebastian was cursed to be The Beast. All of the above is narrated by The Enchantress (Joanne O’Hare), with the odd prompt from other characters. 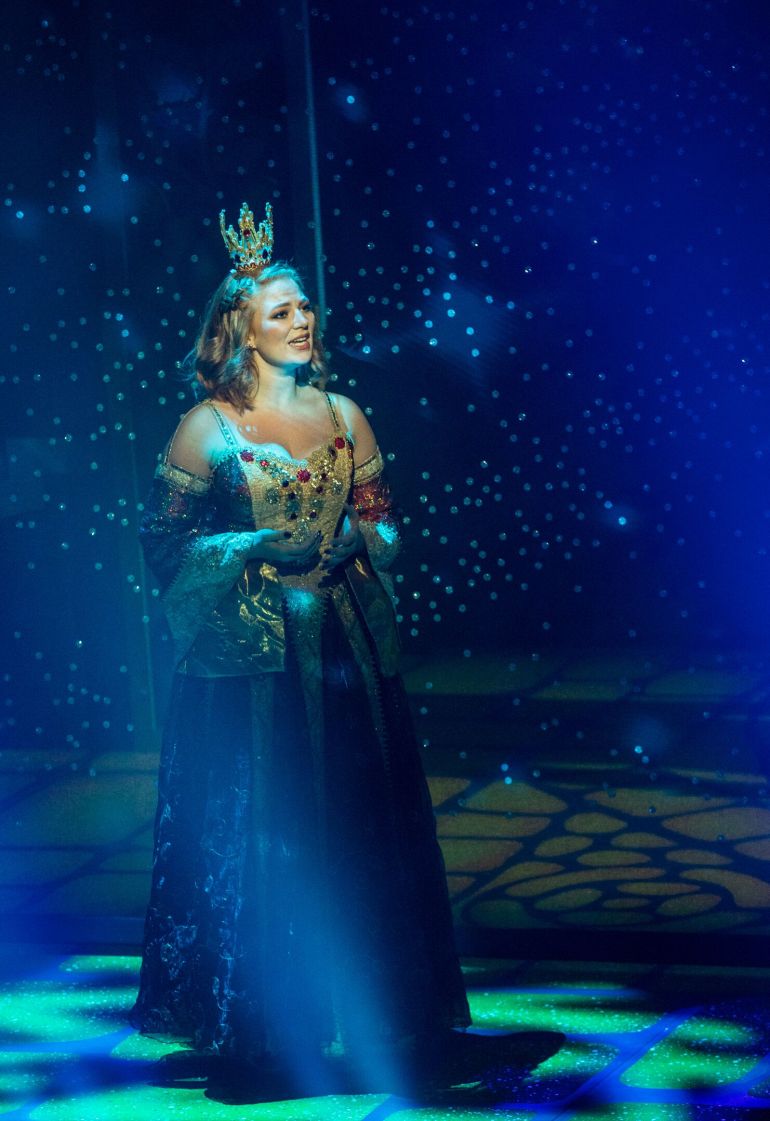 O’Hare’s along with Georgia Lennon’s singing voices are things of beauty, pardon the pun – it’s panto season after all – Richards and Bayne’s none too far behind; Potty, Paddy, Mandy’s? Next question. 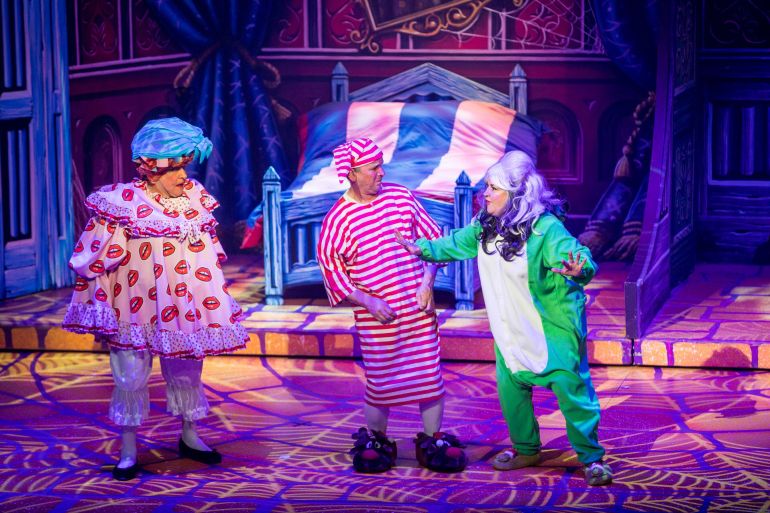 Adlib plays a massive role in this production, but it’s not without a plot and some fine and cleverly written scenes. Puns are in abundance, but not ‘Necesscelery’; when you see it you’ll understand. And that’s just one of the many scenes to be seen to be believed.

But what’s a panto without dancing? 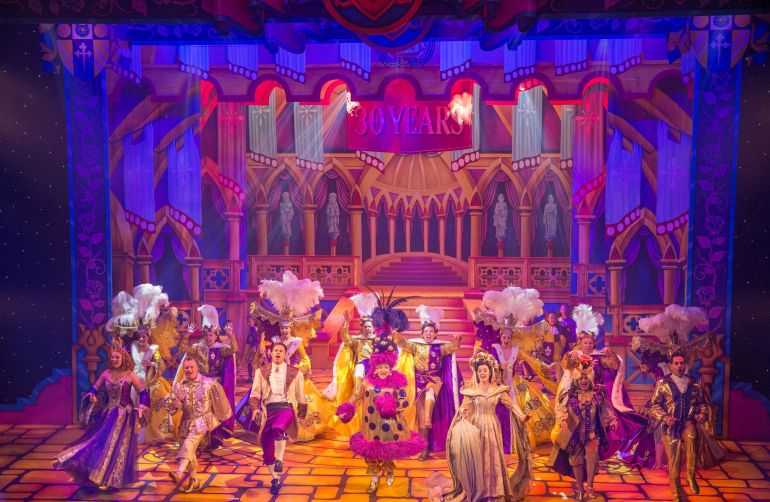 Choreographer Elliot along with The Grand Opera House Orchestra, under the whip of musical director Mark Dougherty, an impressive ensemble of eight adults and the charming tots from McMaster Stage School temper the mayhem of McFettridge and co.

There are only five musicians in the pit yet they cater from polka to big dance numbers and soothing, soulful ballads. 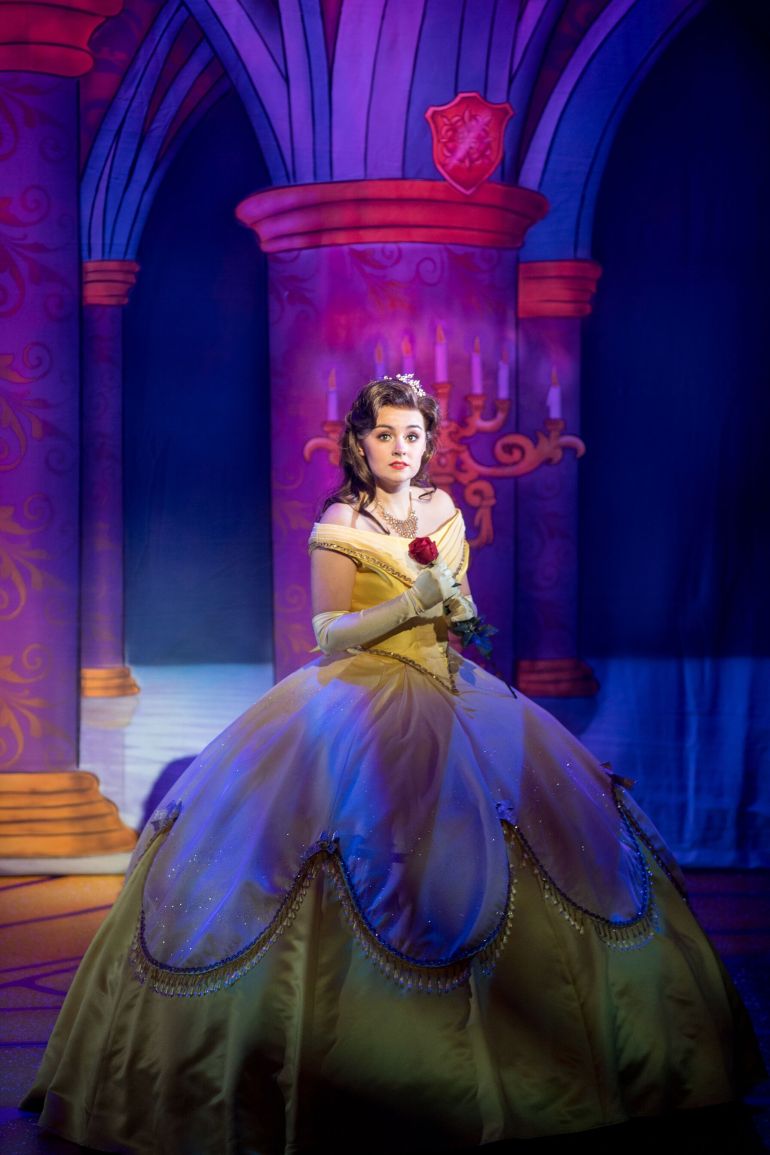 The Opera House’s insurance company must love to see the cheque come in every Christmas. That’s all I’ll say about the special effects and tricks employed by Andrew Ryan and co.

Seated at 7pm, out by 9.15 with standing ovations and including some unbelievably touching words from Mrs Potty at the end. She has a heart, somewhere.

Bish-bash-bosh. A whirlwind of panto fun. You’ll never listen to, sing or hum the tune of The Twelve Days Of Christmas without thoughts of mirth springing to mind again.

Tickets are as rare and as unlikely as McFettridge’s Mrs Incredible’s supple intro for December’s shows, but there are some available for the early January 2020 performances.

*Note to parents, small kids will definitely need a raised seat. Simply get there a tad early and you’ll be catered for.
ENDS