Belfast born actor turned director, Matthew McElhinney had an exciting 2019. Not only did the popular stage hit Dog DLA Afternoon debut at the Baby Grand, but he also made his stage directorial debut with his adaptation of his mother’s – Marie Jones – A Night I n November at Belfast’s Lyric Theatre.

The play is to return to the Lyric this May. To many this would be success in and of itself, but 30-year-old McIlhenney has plans to bring the play to the bright lights of Broadway.

CultureCrush NI caught up with him to talk about acting, a somewhat Bohemian childhood, rebellion, editing his mother’s work, the state of Northern Irish football, the movement into directing and plans to write.

So, from acting to directing, how did that come about?

“I first got involved with it through Dan Gordon. Dan’s a very successful actor/director in this part of the world and he had a show on at the Edinburgh Fringe about Frank Carson called Rebel Without A Pause and I got involved in that as assistant director. In Edinburgh I was stage manging the show; I was operating lights and sound, flyering, promoting and got a taste of it from there.

“Dan had another show I worked on – a large outdoor scale called Waking The Giant and I also directed a big outdoor piece called Footsteps Of The Forest in Warrenpoint which was site specific with families and kids. And then more pieces came my way. I did Sons Of Ulster extract for the Orange Order. That work really built my confidence, skills and ability.

“My first professional stage production was A Night In November last year at the Lyric and since then I’ve worked on Betrothed which played at the end of last year. Going forward, I’ve a few projects lined up for this year, but Edinburgh is where it all began.”

You come from a theatrical family, mother – award winning playwright – Marie Jones, father Ian McElhinney – Taggart, Cold Feet, The Tudors, Game Of Thrones, and Derry Girls to name a few – yet I read you had a bit of a rebellious streak and designed not to follow the family trade? 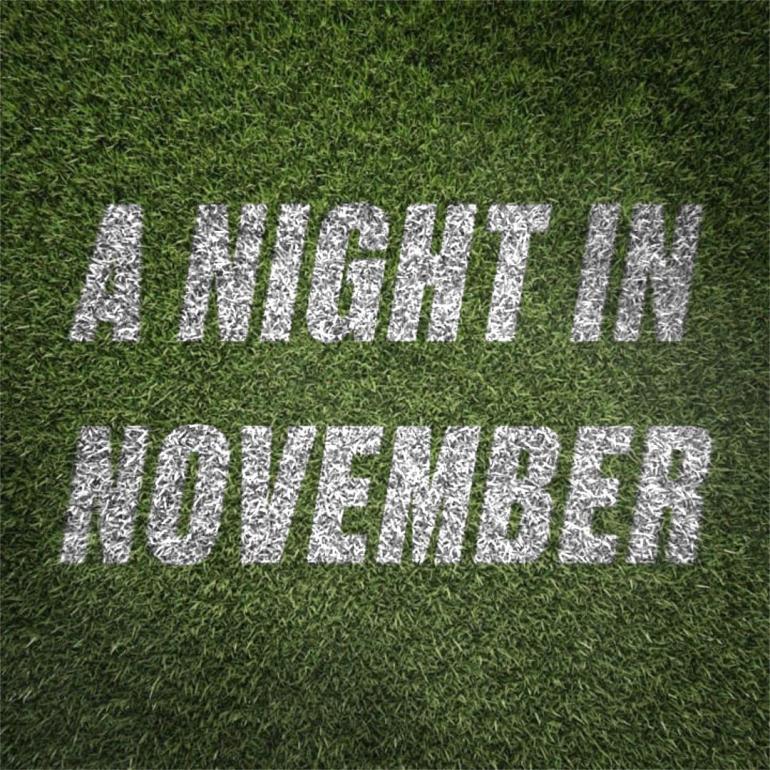 “Yes, I went to study geology, sociology and archelogy. I was trying to forge my own way in the world. I enjoyed the topics, but the student lifestyle just wasn’t for me; I’d taken a gap year and so wasn’t in halls or anything.”

And when did the family bug reappear?

“I think it was always there. I did Bugsy Malone in first year, then I studied drama at A Level. I was always interested and growing up around it you kind of have an instinct for it. I went off to Edinburgh and came home for the holidays and auditioned for The Beauty Of Queen Leeanne for the Lyric and got it. I was 19-years-old and thought to myself, ‘What a great opportunity, I’m going to try this for a while’.

Acting, theatre, the arts are by nature precarious careers. Surely your mum and dad suggested you stick at something reliable?

“They were supportive of whatever I decided to do. It is a difficult career and the part most actors struggle with is the down time and having to sell yourself as a product, the networking and all that; it’s the case of loving the job but hating the business. But that’s a part of it if you want to make it, you’ve got to do it.”

My dad is a retired joiner, we’d plumbers, sparks, painters and other tradesmen coming through the door, it must have been something different for you?

“Aye, the house I was born into, and grew up in was bought by artists and creatives at the time; the likes of journalist, Mark Devonport, Palm Brighton the director and others; they all bought this house together, lived together in the house I was born into. It was essentially a commune of actors, creative people. To me it was normal but with retrospect it was kind of a weird upbringing. There was always adults who kept strange hours and had different, interesting jobs, that definitely played a part in it.”

A Night In November played the Lyric last year and you’re playing again this summer. You’ve edited your mother’s words. Your and her thoughts on that?

“Yes, there’s been changes and edits, but she trusted me. She didn’t know the changes until she saw it and was happy with them. Our biggest change was we framed the piece as a history piece. It’s present day Northern Ireland looking back 25 years; it’s from that perspective we’re looking from. How far or how little have we come whatever the case may be. That was then, this is now… that was one of the aspects we considered.”

A Night In November, the play’s about Northern Irish football – well as a front. Have you seen a change?

“In terms of the support and the performance on the pitch, massive. When I started going to games it was the height of the goal drought. It was the late 90s early noughties and I think we went over 1000 minutes without a goal; we got beat by Norway 4 – 1 and were ecstatic that we actually scored a goal. When I started going it was during the ‘Give Sectarianism The Boot’ campaign, and so far I think that has been successful.”

But I’m thinking back to the Neil Lennon incidents?

“I think that all that stuff about Neil Lennon was one of the things that lit the fire under the IFA and said, ‘we’ve got to do something more about this’. I first started going to matches at the tail-end of his playing career and the abuse he got was ridiculous. Now, you just wouldn’t get that anymore.”

Away from the much-hoofed pig-bladder, I hear you’re bringing A Night In November to Broadway?

“We’re playing just off Broadway, the play is going to New York. Broadway is the ambition but first of all we’re playing the Irish Arts Centre, which is a prestigious venue in itself. We go there for three weeks at the end of April and start of May.”

So, you’re playing New York before the Irish tour? I assumed you’d do it the other way round?

“It probably would’ve been ideal to do it that way, but that’s how it is. We’re going to get a few dates before New York, I think that’s necessary to get us back in and up running. I think we’re doing a date in Dungannon and a couple of others here and there before New York.”

Any change in cast or crew this time around?

“No,, it’s all the same, it’s the same actor, Matthew Forsythe; he’s simply phenomenal in the role. This time round we’ll rehearse and improve it and tighten it up, maybe change what must be changed but essentially it will be the same production.” 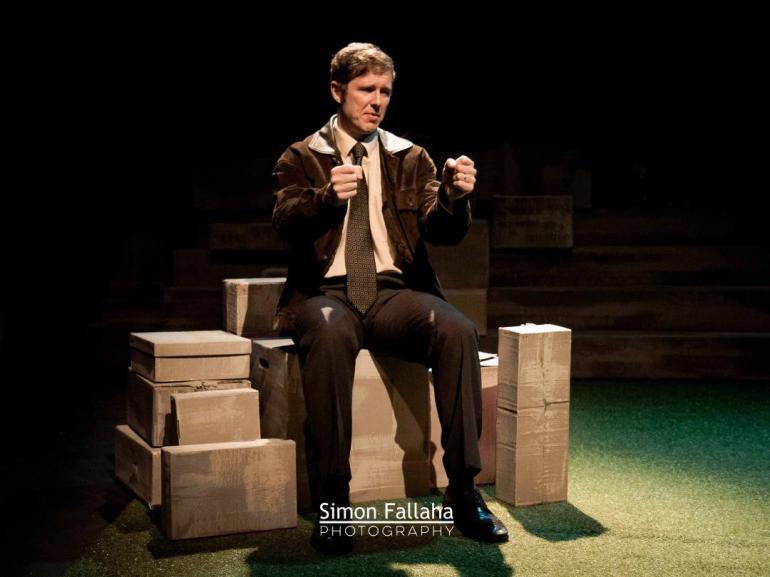 From acting to directing, what about writing? Plans?

“I haven’t written anything yet apart for myself, but writing is where I see myself in a couple of years. I’ve a couple of different ideas for plays that I’ve sketched out but the way of theatre economics works is that something you want get onstage the smaller the cast the better. You might write with the characters you see in your mind and worry about the rest later. Some ideas would work as a two-hander, others with a bigger cast.”

You’ve stated you don’t see yourself as a political actor, director or writer. Care to elaborate?

“I think in the context of A Night In November my mum might see that as her most political play, but she wouldn’t see herself as a political writer. I myself always think of the kind of theatre I’d be most interested in. The personal story, leave the politics to the individual and the audience. If you focus on the personal it makes it more nuanced. Politics, by nature is about having an agenda, an ideology; people aren’t like that. They’re more complicated, more interesting. Tell the human story without preaching.”

And if you have kids, what’s the approach there on the advice you’d give them?

“I’d encourage them to do whatever they are passionate about, fired up about. I think I would take a similar approach my parents took. I wouldn’t try to advise them one way or the other, I’d just be supportive.” 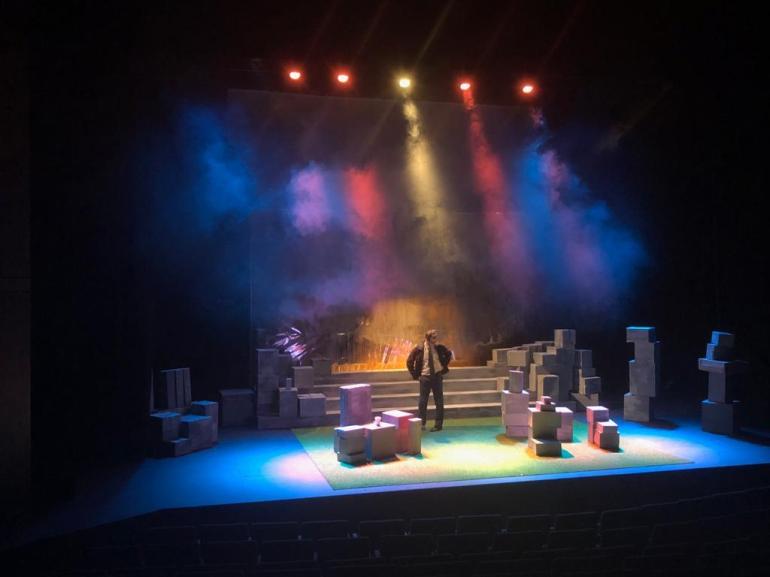 A Night In November plays the Lyric from May 20th – 23rd.

With America behind and hopefully Broadway before them and a sell-out run last year, you’d be mad to miss out.