Belfast poet, Alice McCullough, has had a frantic year of work. Her Black Box show was critically acclaimed, as was her performance at last month’s Samaritans fundraiser at Accidental Theatre. With the year coming to a close, Culture Crush NI caught up with her to reflect on her year, chat about mental health issues, creativity, and what the future holds.

Softly spoken, she seems almost apologetic that she has nothing to promote. This is quite the understatement, or maybe just her nature. Big opportunities and adventures are just around the corner. 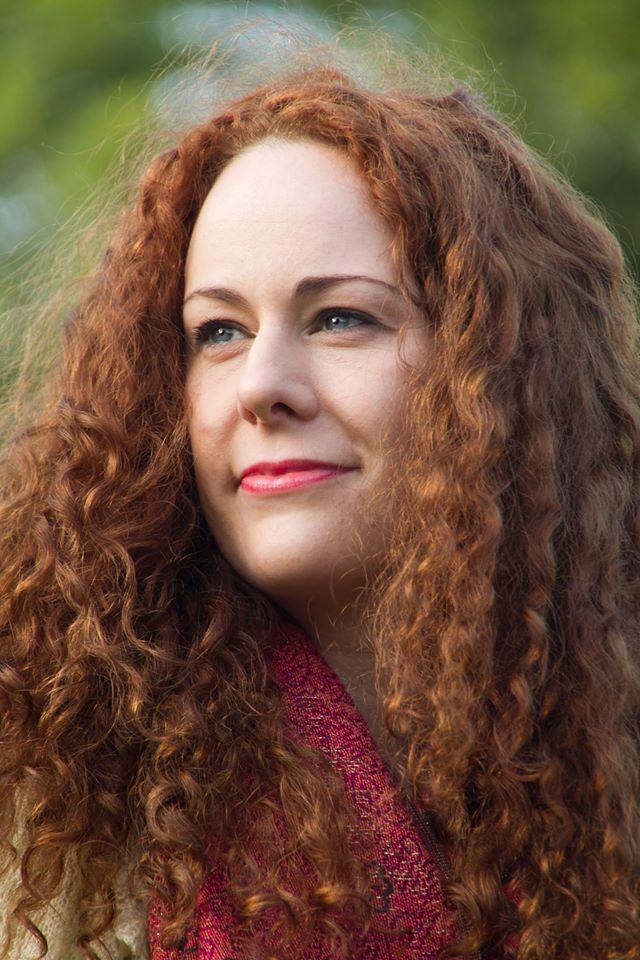 I ask her first of all about a previous statement made in an interview about ‘giving people a voice’?

“I’ve adapted my show. My one woman show has always been called ‘Earth To Alice’ apart from at the start when I called it ‘Alice Fresco’ as it was an outdoor show which I did for the Cathedral Quarter Arts Festival but any time I perform in a theatre it’s always ‘Earth To Alice’. It was always just a collection of my poems but when I became unwell a couple of years ago I took quite a long break. I took about two years away from performing. When I came back I wanted to talk about mental health issues. I wanted to adapt the show to make it more theatrical and give more of a story to it and reflect on what had been going on with me. What had been going on with me was I was in hospital. I had this connection with the Samaritans as well so I talk about that in the show. It’s been a work in progress, each time is slightly different and I’m developing the show to take it to other, bigger festivals – the Dublin Fringe, the Edinburgh Fringe and possibly even further.”

Firstly you were diagnosed with schizoaffective disorder and the bipolar. Do you have a problem with such labels?

“Well, it’s complicated. The thing about Bipolar or any of these conditions, is it is literally just a label. It’s not the same as cancer or diabetes or a heart disorder where there is a cellular definition, a medical definition. With Bipolar it’s a name for a collection of symptoms. There is no Bipolar gene. It can’t be seen under a microscope, so it is literally just a label.

“I think each individual has to look at whether the label is useful to them or not. There’s pros and cons with having a diagnosis. For me, identifying as Bipolar is a way of explaining to people what this is because there is an awareness coming through when you say ‘Bipolar’ to people. These days most people have a vague idea of what of what it is.

“I first went into hospital when I was 18. I had no symptoms through childhood or my teenage years. It hit me and my family like a ton of bricks and I found it very hard to come to terms with it and to live with it. There were ways in which I did hide my condition for a long time so there has been a coming out process for me. People who have come before me like Stephen Fry, Ruby Wax, Spike Milligan, Carrie Fisher – they’ve been big, important role models for me in terms of Bipolar because they’re all people I look up to – people I would say have an element of genius to them and people I admire who are positive role models. I feel they have paved the way for me to be able to stand up and say, ‘I have this condition’. It’s a process of empowerment. I hope that I could possibly be a positive role model. I found it hard to talk about for a long time but I had to break through all of that because there was a point where this condition really consumed my life.

“I went through tons of therapy where they tried to heal it, fix it, change it, but there’s a point where you have to say, ‘Look, I have this condition, it’s a big part of my life.’ But its that old cliché ‘where the more we talk about it then maybe we can have that solidarity’.”

The next question is almost a cliché, one I hate to ask but it’s like the proverbial elephant in the room. Do you think there’s a link between mental health issues and creativity?

“Well, I experience something called ‘racing thoughts’. I don’t know if I like that phrase too much as it sounds negative but my thoughts speed up and the creativity is kind of over flowing at certain point. Then when I take medication it slows down. It’s no secret that artists like The Beatles and The Rolling Stones took certain drugs to get high, to tap into a higher consciousness or a heightened state in order to be more creative. I can go there without taking drugs. I go there when I don’t take medication, which is kind of strange. I think there’s a depth of experience there where if you have suffered those highs and lows – particularly if you’ve suffered depression – I think for a lot of people with mental health issues the depression is definitely the worst part, I think when you’ve had that depth of experience and you’re still here and have come through that, it gives you more to work with.

“It’s kind of like that ‘What doesn’t kill you makes you stronger’, but it has to not kill you. I think there’s a huge amount of genius, creative people sitting behind the doors of a mental health ward, drugged up to their eyeballs. They maybe don’t have the confidence, don’t have the resources, don’t have the support, but they could write the best song in the world, they could paint the best painting. I’m interested in that kind of thing, so I guess my answer would be ‘yes’.

“That’s a good question. Yes, is the answer. I’ve been living with, and again I don’t want to sound cliched, but the phrase that comes to mind is ‘A wall of fear’. There’s a Mary Black song that keeps coming into my head, something like ‘There’s a wall of fear I’ve got to get over’, it’s a love song but to me it’s to do with my relationship with myself, and trusting myself to go back into the world and to go and put myself out there and face certain things. When I got unwell last time I learnt a lot.

“I’ve only been in hospital three times. Once when I was 18, then the next two times, very recently, so I was out of hospital the whole time in between. I’ve no intention of being there again but it’s not a choice but there are those Small choices that make a difference. It’s about self-care and pulling back when things get too much.”

You’ve stated that you find performing cathartic and a comfort to you, can you elaborate?

“Yes, I’ve said this before, I’ve taken it from a Will Smith song where he says ‘Life is a cage but on stage I’m free’. I feel a lot more comfortable on stage than I do in real life, that probably sounds really sad but it’s true.”

And what about adlib?

I do adlib. I’m interested in improvised poetry. I’ve done a little bit of it. I’m going to Chicago in a few days’ time. I’m going to Cork on Friday and then I go to Chicago for the whole of December. One of the things I’ll be doing in Chicago is exploring what they do in terms of improvised poetry . It’s something I’m working on developing more. I’m going to workshops in The Second City which is a famous improv school in Chicago and I’ll be doing some stand-up comedy and poetry. They’ve an open mic night every night of the week. I’ll be doing Earth To Alice again further down the line next year, possibly in The Cathedral Quarter Arts Festival, possibly in the East Belfast and West Belfast Arts Festivals, none of these have been confirmed yet. In the O’Bheal Winter Warmer Cork Festival I’m only doing a 15 minute slot but there’ll be lots of great poets.”

What a way to end and interview. A lovely chat from beginning to end. But I was left quite astounded considering Alice said at the beginning she had nothing to promote. Two days after the interview Alice shared on her Facebook that she’d been keeping a bit of a secret.

In her statement, Alice said: “This has been a dream of mine for a long time. Chicago is the birthplace of Slam Poetry. It is also the birthplace of the famous ‘Second City’ improv school where the creative revolution we know today as ‘improv’ was born. This city is the source of so many creative catalysts it could make your head spin – stand-up, blues, jazz, a Wonderland of creative genesis – and I’m hoping that is what it will be for me.