Today sees the release of Belfast born, author, broadcaster and peace advocate, Tony Macaulay’s latest book Belfast Gate. After the launch in Waterstones’ Belfast branch last Tuesday, Culture Crush NI caught up with him for a brief chat on writing his first novel, the process involved, his hopes on the future, and of course, what’s next?

I find him relaxed and in great form. Hardly surprising given the first run’s pre-release orders have led to a second run and with outlets in Australia and Canada to be selling the book.

Do you think there is/was much of a difference writing a novel as opposed to your previous memoirs?

“I think, ‘yes’. The big difference for me was that my first four books were all about telling my story, my experiences, stories of my own life. My first four books spanned 1975 to 1987, so I was very much writing about the past and in the former books and the writing was in the past tense. This was a big change for me because it’s all up to the present time, set in 2019. It’s written in the present tense and I’m not in it, it’s not about me. It’s a story, it’s fiction and inspired by people I’ve known over the years and the changes I’ve experienced. It’s rooted in the reality of present day Belfast but it’s fictional. I had to find my voice as a narrator, I had to create a story, a series of characters, plots and sub-plots to go through the novel. I had to work hard on how to write in a different way.”

I’m really interested in the novel being seen through the perspective of elderly women. Why did you choose such a perspective?

“The main characters, the cross community pensioners’ club that started the campaign to get the peace-gates opened, they’re all based on real women I’ve worked with over the years, experiences I’ve been involved with community development and peace-building. The people who lead that work, the people who volunteer and have a lot of time and passion for that work are older women. Their voice isn’t often heard. Because I’ve worked in community development and peace-building for 30 years in Northern Ireland, I thought, ‘I’m going to write a book with those people in it’. It really should reflect the reality as the reality is most of that work is driven by older women. I thought, ‘how do I, as a man, write about older women?’ and I drew upon the experiences of my own family who I’ve written about before; my grandmother, my mother and also the women that I’ve met in community groups.”

You said at the book launch, sort of at the prompt of interviewer Gerry Kelly, that the ‘peace-walls could be laughed down’, was that a flippant remark?

“Well, it was a little flippant but I suppose the point is that we’re at our best in Northern Ireland when we don’t take ourselves too seriously, and when we’re at our worst when we take ourselves far too seriously. We really do have a great sense of humour; it’s quite a dark sense of humour and the book is full of that. Our sense of humour has gotten us through some very dark times. I truly believe we in Belfast could live without 30-foot walls separating us. And I think that anything we can do that takes us forward, imagine a future without walls dividing us is a good thing. With investment, regeneration, and jobs etc. in a way that makes it safe and prosperous in interface areas is what we need. We need leadership from Stormont to make that happen but I think that humour and warmth would certainly help us along.” 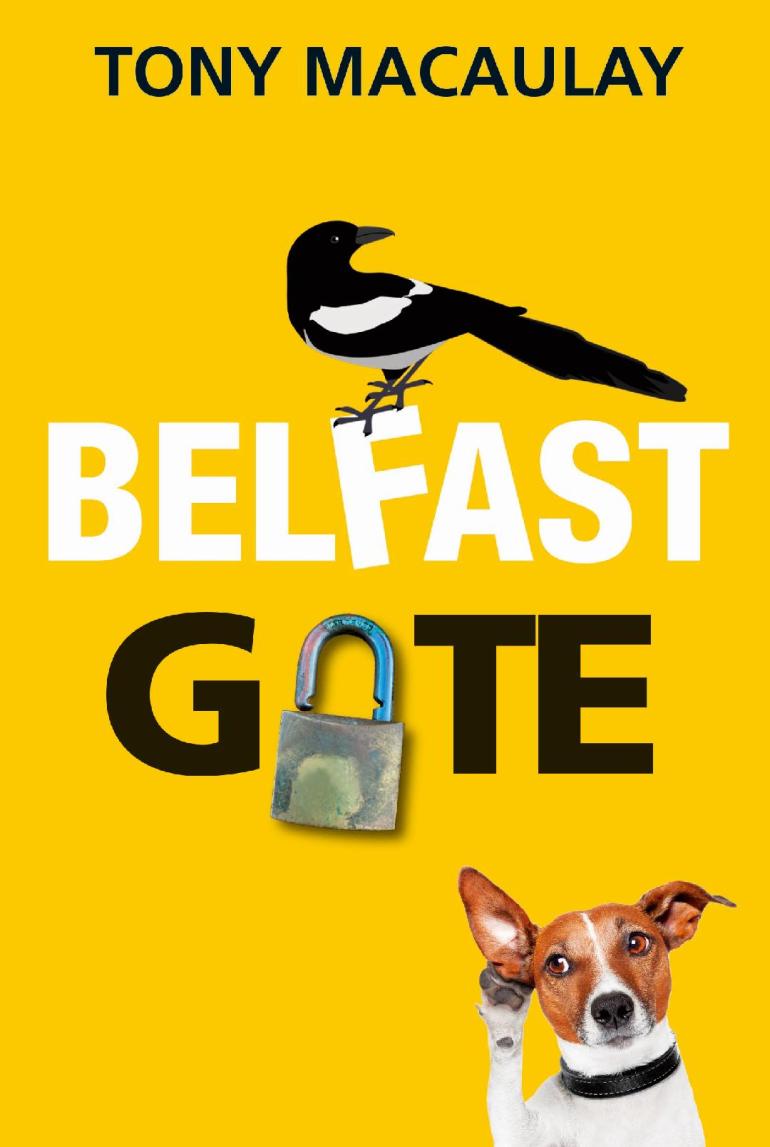 The women in the book, in the chapter you read from, they approached ‘stake-holders’ [former paramilitaries turned community workers, to you and me], you have a bit of clout and media presence; have you approached politicians and asked, ‘How can we get things moving?’

“10-years-ago I wrote a discussion paper proposing a five-stage-plan that I believed would make it safe enough to take the peace-walls down. Obviously with the involvement of the people there and the executive. I sent it to all the politicians at the time and have had a number of discussion events around it. There has been some sort of progress in the past 10 years but there hasn’t been enough. Stormont agreed a date of 2023 when all the peace-walls would be dismantled. It is Stormont policy to remove the walls. Obviously we need leadership and a government to drive that on. Good work is going on; the International Fund for Ireland has made some good progress with community groups and some are gates open, some walls taken down and some removed.”

Back to the book again, Tony. Do you see Belfast Gate becoming a musical the way Paperboy has?

“With Paperboy been made into a musical, and now they’re starting the same with its follow on Breadboy, turning the novel into a musical was something I was aware of when writing this. It has that potential and if you’re enthusiastic about collaborating with other artists, I think it would work really well.”

With that writing mindset, has your writing style changed?

“In terms of structure, that has very much stayed the same. I was more conscious when writing this as back to when I was writing Paperboy, which was simply writing my memories. I did give a bit more thought to structure. I think when I write, I write cinematically. I think, imagine and see the scene in my mind’s eye, then I write; that might be why theatre and film producers maybe notice that and are drawn to it.”

I’ve only read the prologue and a few pages of the first chapter but think your writing is getting more descriptive, do you feel you’re developing and improving?

“I have this drive in everything I do to get better. I want to learn, to grow and get better. My passion is writing and so I study writing and read other writers who are much better than me. I’m committed to improving; I believe every book is getting better as I’ve gone along. The novel I’m working on at the minute, I want to be my best yet and I’m working hard on it.”

Can you say more about it without giving out any spoilers?

“The next is a real departure for me; again, it’s a novel. It’s set in Rwanda in 2004. I’m actually co-writing it with a young Rwandan screenwriter. I spent some time there last year and was very moved by what happened there in the terms of the genocide . I’ve been involved with some of the peace and reconciliation work there and there’re some remarkable stories of reconciliation between persecutors and survivors that have inspired me to write this book. It’s a love story. It’ also the first time I’ve written anything that’s not to do with Northern Ireland though probably some of the themes that are in the book are relevant to Northern Ireland today in terms of reconciliation and forgiveness. I’m writing it as a novel and my co-writer is writing it as a screenplay but we’ve created the story together.”

Tony Macaulay’s Belfast Gate is available from all good bookshops.